TRYOUTS FOR 2019 ROSTER ARE NOW COMPLETE 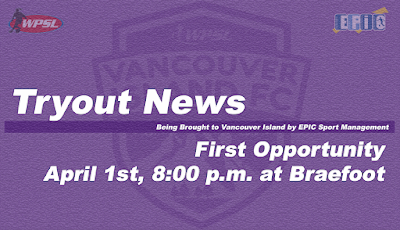 EPIC Sport has secured a Women’s Premier Soccer League* team for the summer of 2019. Many of the details are being worked out; however, the May-July season will begin with trials on the following dates:

A weekend of training will follow at Brentwood College, May 3-5.

In order to provide opportunities for as many top-level players as possible to train and play together, there will be the development of a WPSL Team of 20-24 players, a Reserve Team of 16 player who train with the WPSL team, and the EXCEL U17-U18 Program who train on the same field and occasionally with the senior group. Games and travel are being planned for all groups within these programs.

To register for tryouts complete this FORM